Well, waxing creatively anyway! After the lovely response to the pictures of the mirror that I made for my Etsy shop last week, I decided to make some more pieces. Apart from items for Etsy, I need to be getting stocked up for my stall at the Christmas Festival here in Poulton-Le-Fylde in December, which I was invited to be part of....being involved with the Church leads to all sorts of things!
So, I've been gluing, creasing, painting and waxing over the last couple of days. I've added two of my creations to my Etsy shop - both have the word "dream" as it happens! One is a little box canvas that can either hang or stand...... 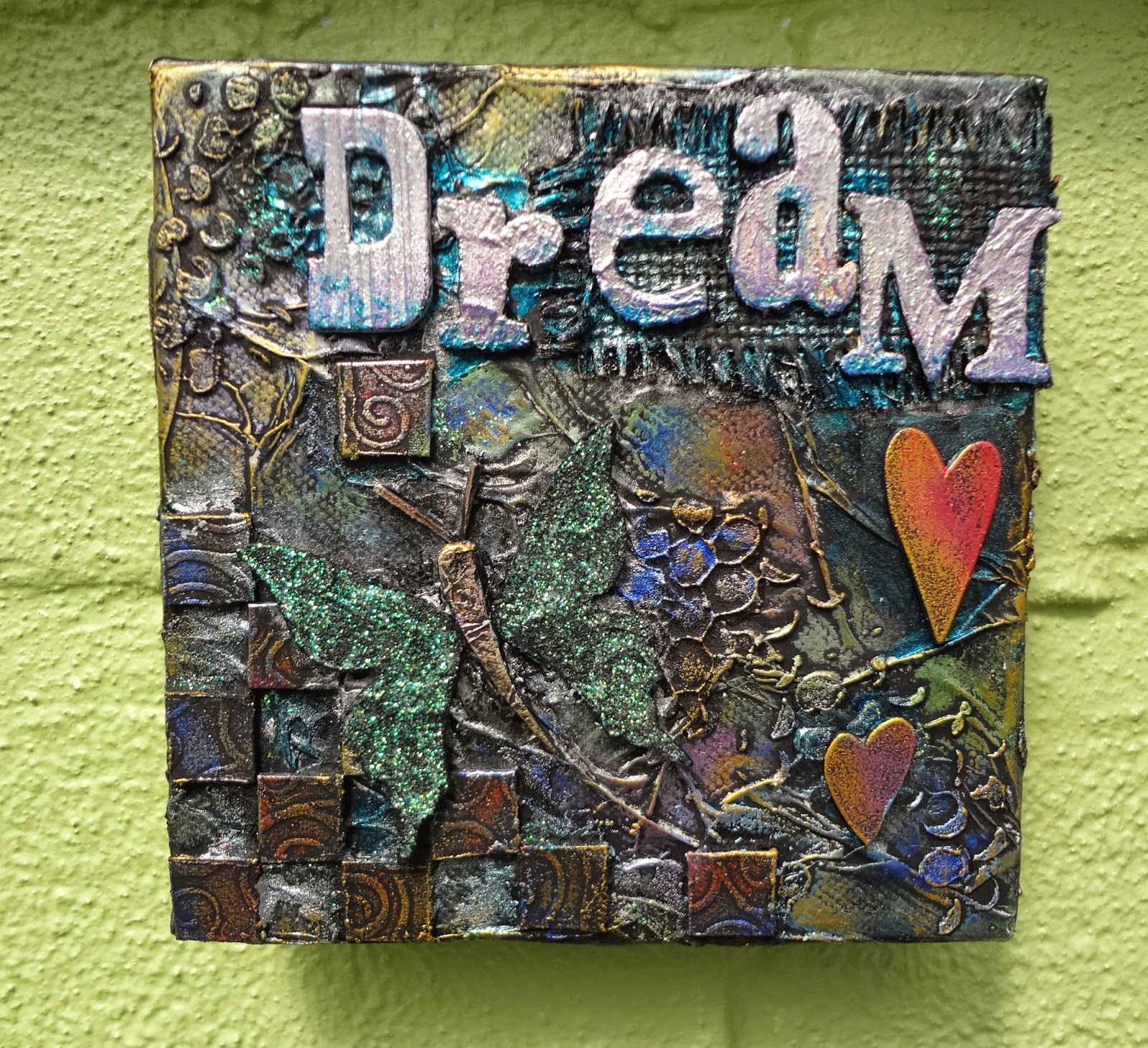 ....it's a mixture of colours but they don't show up very well I'm afraid.The butterfly wings and the letters have each got some irridescent glitter added for extra sparkle - again, you wouldn't know from the photo!
I decided to make the effort to shake off my favourite colours for the next piece, another mirror. So, after adding all the dimension and textures, I restricted myself to reds, pinks, bronzes and golds. It does make for a very warm look and the finish almost looks like leather - albeit lustrous leather! 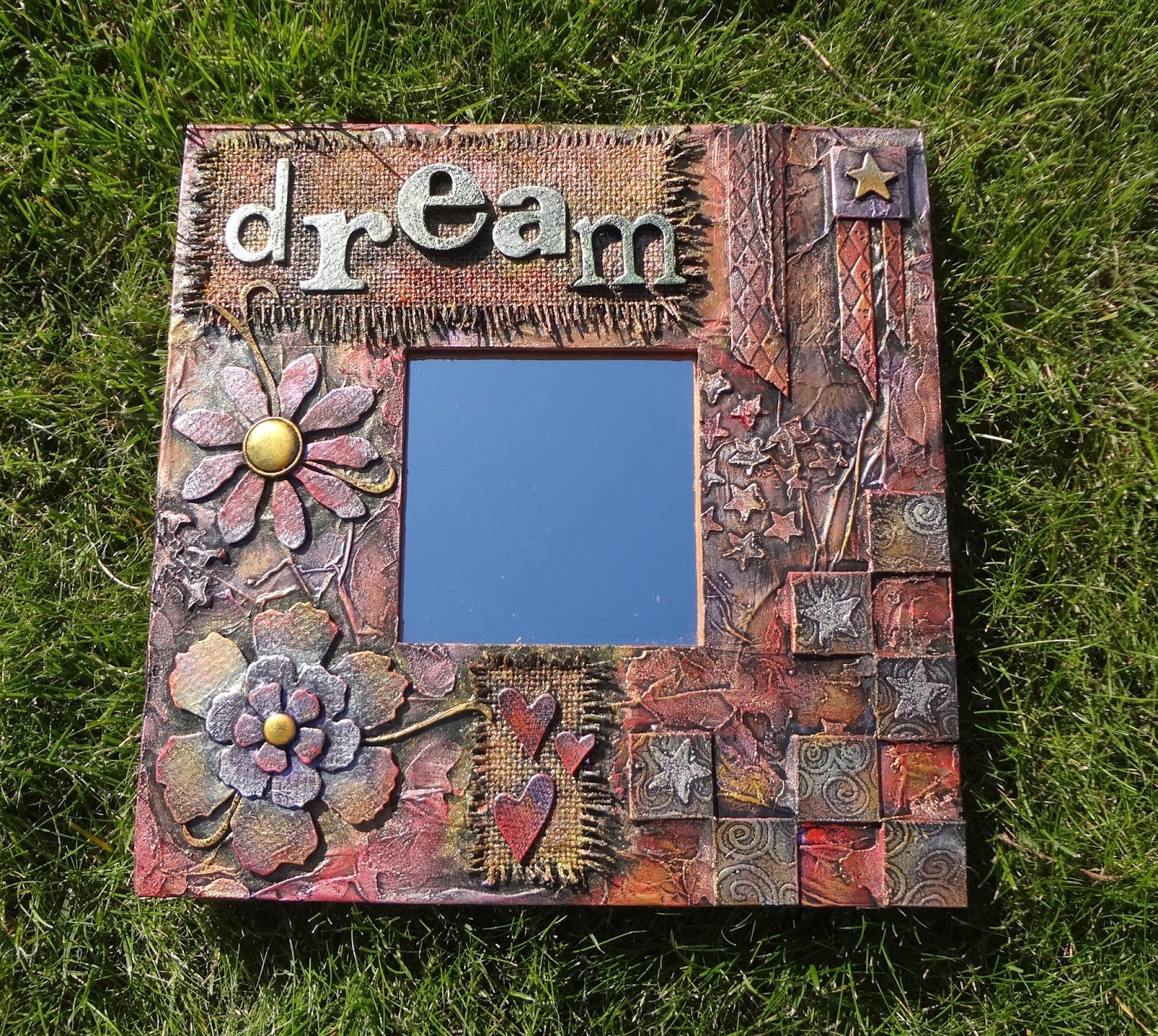 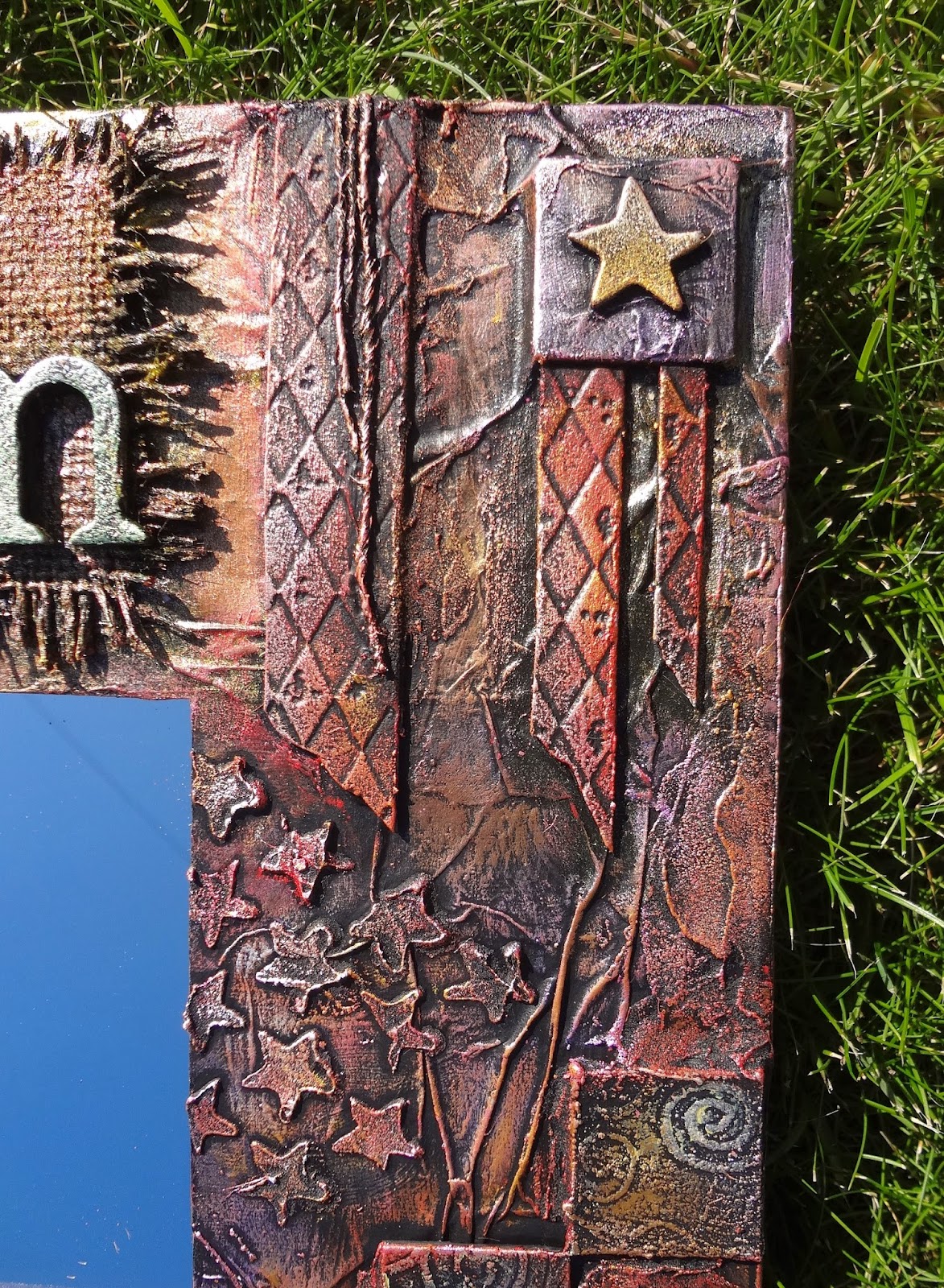 I've finished for the day now and am about to remove my scraggy nail polish that now has everything from black acrylic to metallic paint encrusted on it! Then it's a shower and time to make something for dinner - not sure what yet. I've plenty of home grown produce to choose from though, including the sweetcorn that is now ripe for harvesting. I had the first cob last week and it was just delicious - I got the water boiling before going into the garden so the corn was in the saucepan within a minute of being cut! I've had tons of salad leaves and tomatoes as well as courgettes and green beans so not a bad haul!
I'm on duty at Church tomorrow (so I really need to get all the paint off my hands!) and then Heather is meeting me and we're going out for lunch for her birthday. So, a nice day to look forward to and then, next week I will be getting things prepared for my demonstration at Paper Warehouse in Kendal on the 30th.
Have a great "rest of the weekend" folks!
Posted by Lindsay Mason at 6:02 pm

Love both these pieces Lindsay. Looks like you've put a lot of care and work into them. Enjoy your day out, the weather is supposed to be sunny - so soak it up whilst it's still here lol. Pxx

Fabulous, just seen your gift to Heather - no wonder she's delighted! Oh how I wish I'd seen your garden this year! Glad you're getting plenty of veggies!! Chrisx