Hello all, I just wanted to give an update on Thomas's progress. He finally had his dental operation on Thursday after several delays due to emergency patients at the vet's. He's now almost back to his usual self after a few days of hiding from me...obviously fearing that I was going to leave him at the vet's again! He's just coming round to the knowledge that he can eat without pain, so is making up for his lack of food over the past few weeks. The vet did several tests on him whilst he was "under" and gave me the good news that, apart from gum disease which he'll need more treatment for further down the line, he is a "very, very healthy cat" - brilliant news! What a relief!
The other item in this post title refers to something that I am working on at the moment and hope to have up and running within the next couple of weeks. I've decided to create some downloadable images (I hate the expression "digi-stamps"!) which I'll be selling in my Etsy shop. As I'm not the greatest technical expert in the World (to say the least!) I've been dithering about, wondering whether I could do it or not. However, I added a test piece today which my sister kindly purchased (!), printed, resized in various ways and declared to be fine. So, I will be adding some images to my shop over the next week or two and will let you know as soon as they are ready. I'd appreciate any feedback, suggestions about anything you'd particularly like etc...it will all help! Thanks!
Posted by Lindsay Mason at 12:05 pm 4 comments:

Hello folks, just having another catch up on this sunny Monday morning - hope it's sunny wherever you are too.
Since my last post my big softie pusscat Thomas has been to the vet's a few times after going off his food. First he was diagnosed with a mouth infection but a second visit, and closer inspection, revealed that he needed a dental operation. So, on Wednesday he will be going in to have several teeth out which I am hoping will solve his problems. It's been very tough trying to get him to eat....mushed up high calorie prescribed pate which I've been syringing into his mouth, lots of cream, Lick-e-Lix and butter lapped from my fingers as well as antibiotics and painkillers...not easy. I'll be glad when Wednesday comes around, although I'll also be feeling queasy with worry. 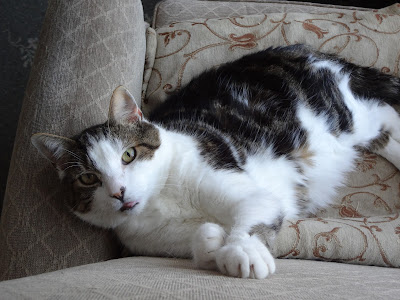 An enormous quote was presented to me of course....money I didn't have but I knew I would have to just find a way to raise it. My sister suggested I tried Crowdfunding and it seemed worth a try. I created a page and uploaded it to my Facebook page and am amazed, grateful and thrilled to say that, due to lots of very generous, often anonymous, donations, the money was raised in a few hours! I never cease to be amazed at how warm hearted people are. I'll let you know how the little sweetheart gets on.
Well, it's Stitches Trade show at the NEC at the moment and it seems quite strange not being there...the first time that I've not been demonstrating and teaching there since I started. I'm feeling relaxed about it though and enjoying the lack of pressure which I really need for the time being at least. I'll be keen to know how my new stamp designs went down at the show though!
I've added some new items to my Etsy shop, including a canvas which I created for Crafts Beautiful magazine at the end of last year and the Winter Frost canvas which I did for the DecoArt Design Team challenge - step by step instructions are in an earlier post here on my blog. Here are a few of the new items... 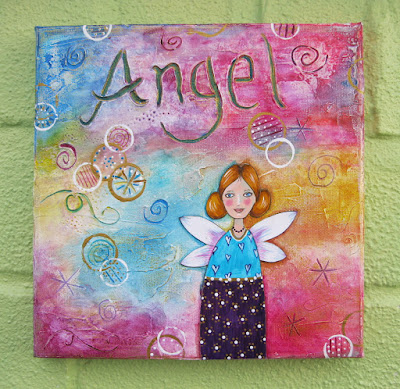 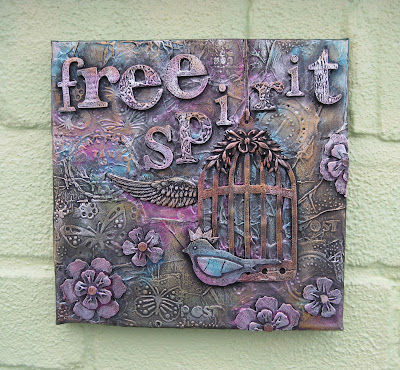 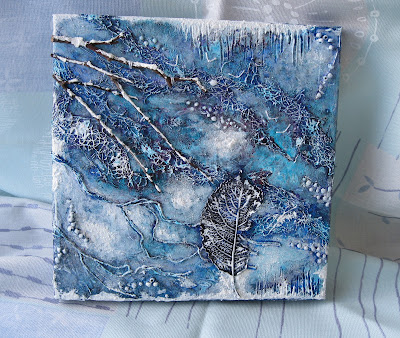 Hope you like them! Any money from sales at present is going straight into Thomas's fund for his post operative care...medication, follow up appointments and specialist food.
Well, having mentioned it's being a sunny day here, it's now clouding over and turning grey! Still, not as cold as last week so that's good.
Have a good week whatever you're up to and hope you find time to do something creative!

Posted by Lindsay Mason at 12:32 pm No comments:

Here are a few more of my new stamp designs. These are the latest Zendoodle stamps, each available as the outline to doodle within or as the "Ready to Go" version. They will all be available to order at Stitches Trade show later this month. 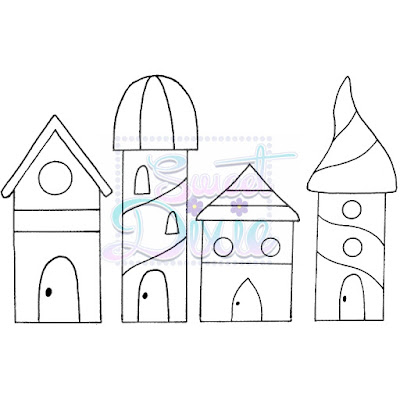 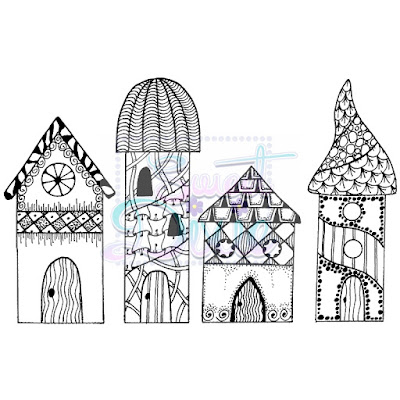 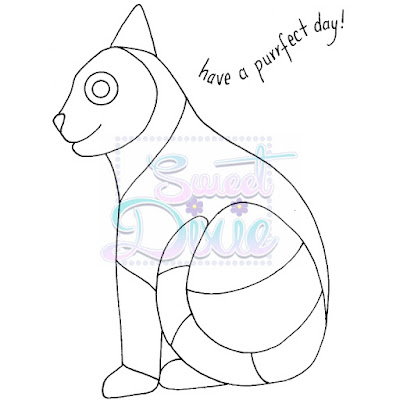 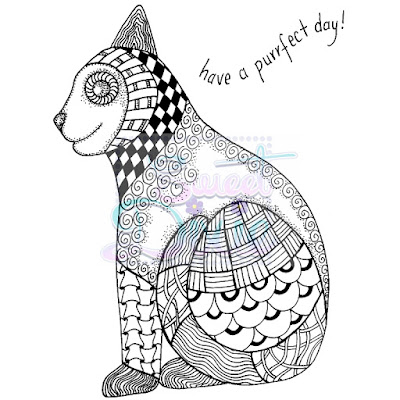 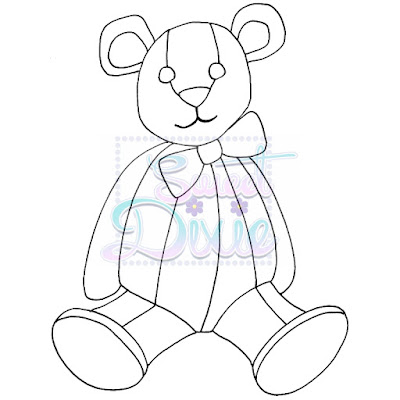 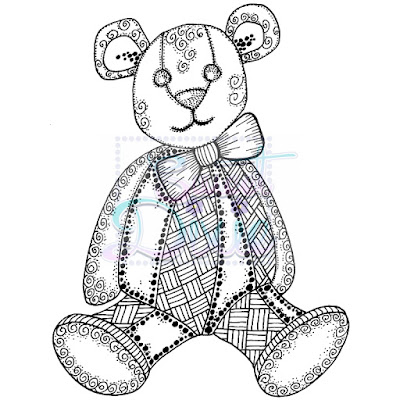 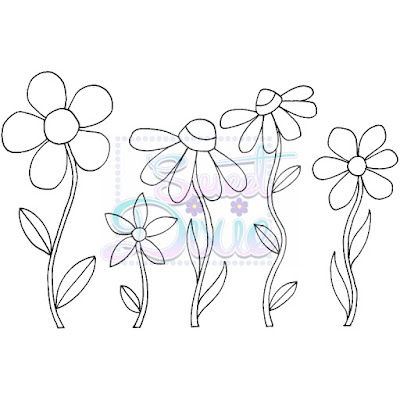 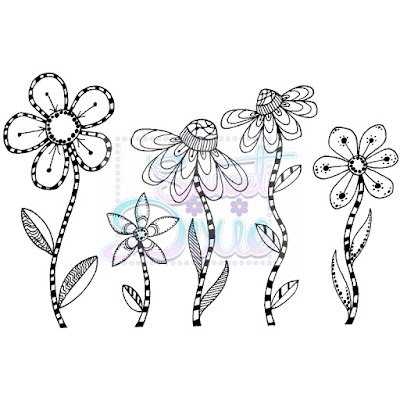 My new stamp designs will be coming out in a few weeks so I thought I'd share some of them with you here. Personal Impressions are now releasing new stamps under the Sweet Dixie brand with each artist's name on the reverse of the packaging. These first four designs are my new Fairy Doors range. All the new designs will be available to order at Stitches Trade show later this month. 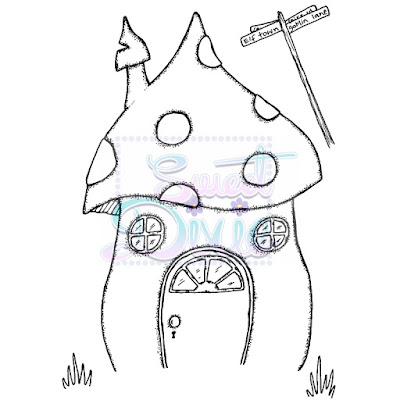 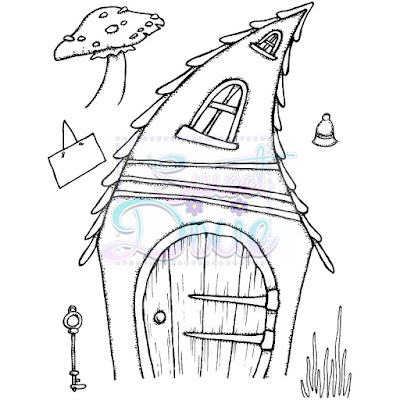 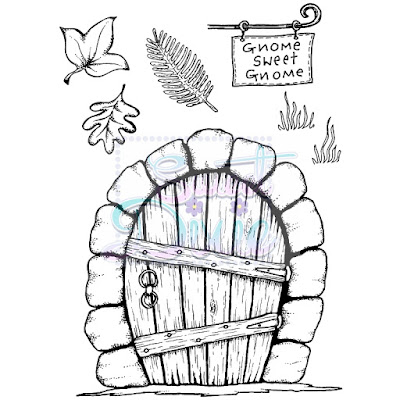 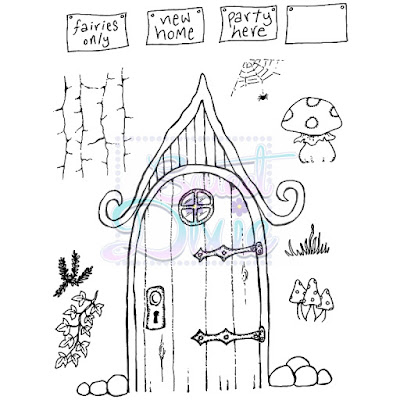 Sorry to have been absent from everything for a while now. Illness and other circumstances have kept me away, apart from things I had already scheduled to be posted some time ago. I'm making some changes and the biggest one is that, for the time being anyway, I'm not going to be teaching workshops or doing any demonstrations. I will still be doing my design work, including stamps etc, for Personal Impressions and selling my work on Etsy. I'm hoping to get to grips with selling online artwork too...I hate the term "digi stamps", but that kind of thing!
Apologies if you've tried to contact me over the last several weeks and not had a reply...I will be trying to catch up with messages etc over the next few days.
Posted by Lindsay Mason at 3:46 pm 7 comments: