I'd normally be posting about the lovely day I had at Coleman's Warehouse on Saturday, along with some photos, but, due to the sombre nature of today's commemorations of the onset of WW1 it seemed too frivolous so I'll shelve that for another day.
I called into Church this morning to light some candles and spend some quiet time thinking about the people I've lost and how little humans seem to learn from history. I don't know about family members lost in the first war, but I'm sure there must be some. My mum lost her brother in WW2 so one of the candles I lit was for him.
There were also some books of poems and prayers in Church to help focus one's thoughts. This one by Vera Brittain struck a chord in more ways than one.... 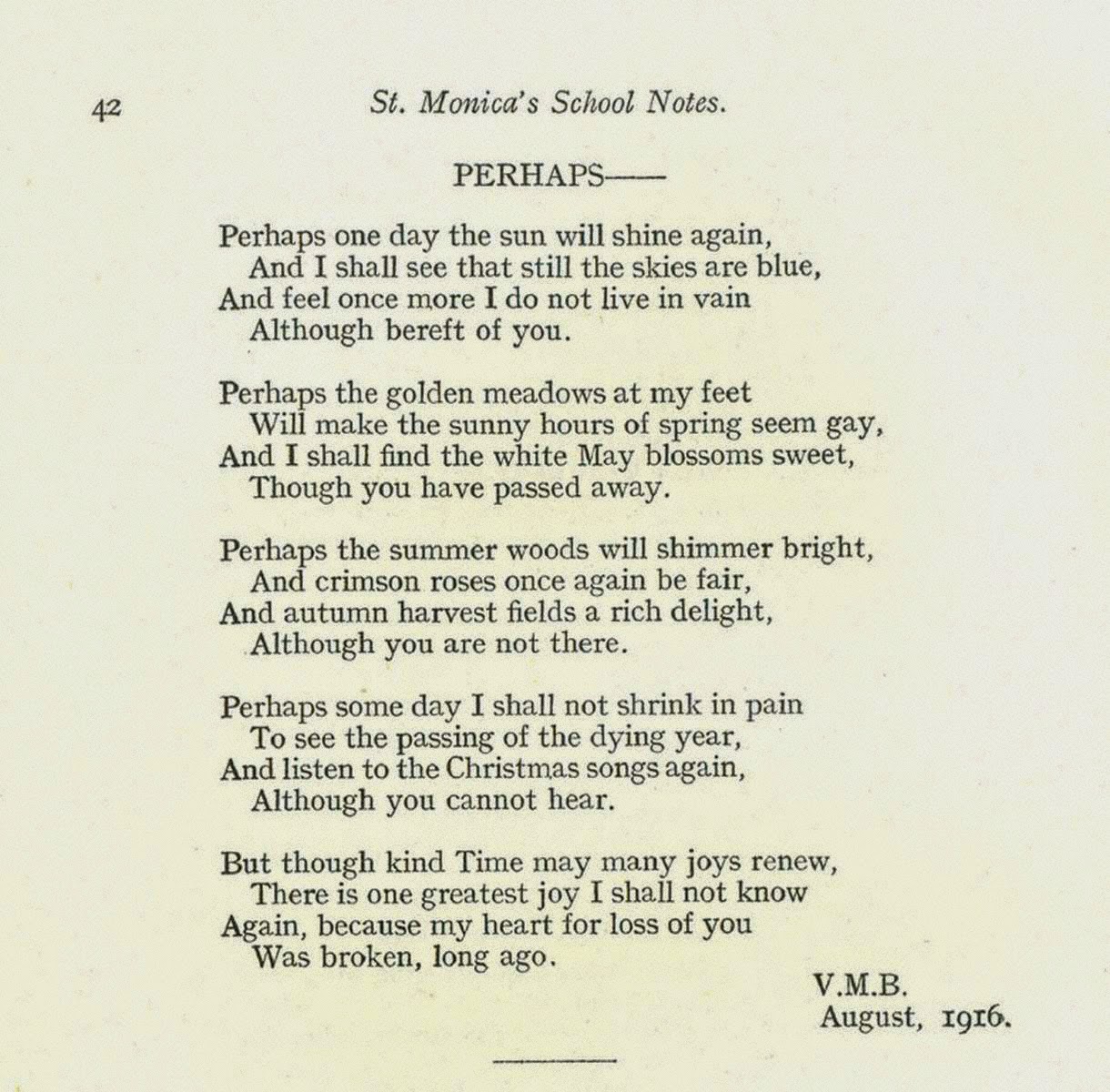 This moving and evocative sonnet is by Henry Christopher Bradby....

You, whose forebodings have been all fulfilled,
You who have heard the bell, seen the boy stand
Holding the flimsy message in his hand
While through your heart the fiery question thrilled
"Wounded or killed, which, which?"--and it was "Killed--"
And in a kind of trance have read it, numb
But conscious that the dreaded hour was come,
No dream this dream wherewith your blood was chilled--
Oh brothers in calamity, unknown
Companions in the order of black loss,
Lift up your hearts, for your are not alone,
And let our sombre hosts together bring
Their sorrows to the shadow of the Cross
It makes me imagine how my grandmother must have felt when she received the telegram about uncle David and maybe it helps relate to the countless people who are grieving now due to all the conflicts we are hearing about daily in the news.
Finally, a very short, two line "poem" by Rudyard Kipling, who lost his son in WW1, which tells of the horror of what happened to the men who were called cowards and deserters and who were doubtless shell shocked and driven mad by what they witnessed.....
THE COWARD

I could not look on Death, which being known,
Men led me to him, blindfold and alone.

I read that many years ago and it haunted me....it says so much in so few words.


So, a time to reflect and a time to hope and pray that one day humans will come to their senses and stop fighting each other. A forelorn hope I fear, but hope must always be there....tonight in the form of a candle. 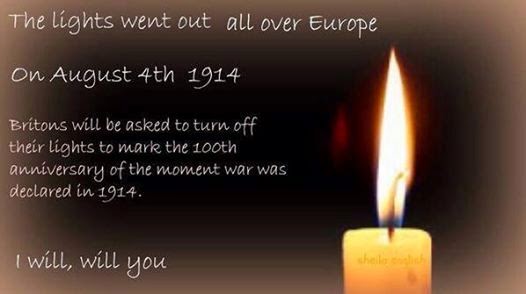 Posted by Lindsay Mason at 2:49 pm

Thank you for sharing these poems with us, Lindsay. You may find the novel by Michael Morpurgo, "Private Peaceful" interesting, if that's the right word in this context. It is as fitting for older adults as it is for younger ones.

I share your prayers, your hope, and I thank God that he will judge the living and dead, not me.

Thank you Shirley, I'm glad that you enjoyed the poems. I'll certainly check out the Michael Morpurgo book that you recommended. It was very moving last night to see the lights going out and candles being lit - good to know that people can still take time to stop for a while and think about things.

Thanks Lindsay. Just to clarify a clumsy statement of mine: by 'not me' I meant that it isn't for me to judge. I know I'm included but living in Grace is all I need for now.

Have a good day.